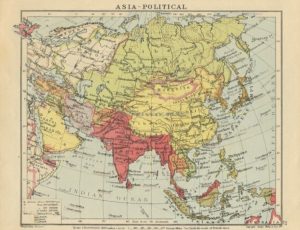 The workshop, organised with the help of AV21, addresses the relationship between religion, state ideology, and governmental policies across space and time in the Middle East and parts of Asia. It aims to showcase the multi-faceted role that religion played, and continues to play, in the formation and re-formulation of the nation, whether physical or imagined, from the time of the emergence of nationalism in the nineteenth century until today. In looking at the interaction between religion and state ideology, the workshop intends to also analyse how states have responded (and respond) to perceived religious ‘intrusion’ in the official agenda, as well as whether this interaction plays a transformative role in how the constituency experiences faith.

The presentations cover the following political entities: India, Indonesia, Iran, Israel, Myanmar, the Ottoman Empire, the Philippines and Turkey, with international speakers coming both from Czech institutions as well as foreign universities and research centres.