Department of Middle Eastern Studies
Faculty of Arts, University of West Bohemia in Pilsen together with Centre of Global Studies, Institute of Philosophy, Czech Academy of Sciences are pleased to invite you to an academic conference Shi‘ite Islam and the Challenges of the Present Time.

END_OF_DOCUMENT_TOKEN_TO_BE_REPLACED 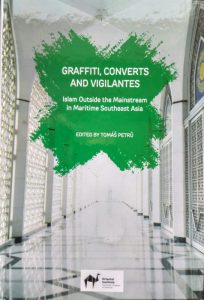 The socio-religio-political situation in Indonesia and other Muslim-majority countries of Southeast Asia is very complex. Official and societal pressures have pushed the mainstream Islamic discourse from moderation towards unprecedented orthodoxy. This edited volume seeks to cast some light on the general overall process of Islamization that actually started more than half a millennium ago, and aims in eight individual chapters to explore some forms of Islam that currently exist in Southeast Asia, putting a special focus on those that are mainly positioned on the fringe – outside the mainstream. 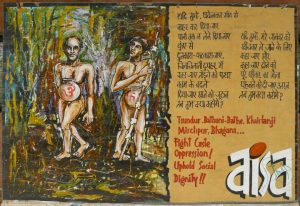 This international workshop will focus on the rise of caste and religious divisions and possible languages of secularity in contemporary India. It will explore the persistence of pre-modern identities and cleavages in contemporary Indian politics such as caste and community with special emphasis on Dalit assertion, and their consequences for the Lok Sabha general election which is taking place in April–May 2019.

END_OF_DOCUMENT_TOKEN_TO_BE_REPLACED 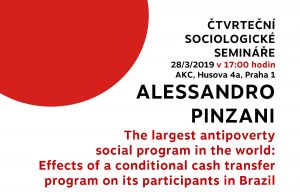 The lecture The largest antipoverty social program in the world: Effects of a conditional cash transfer program on its participants in Brazil will focus on the main ideas of Prof. Alessandro Pinzani’s new book “Money, Autonomy and Citizenship” (Springer 2018) which he wrote together with a Brazilian sociologist Prof. Walquiria Leao Rego. The book analyzes the impacts of the largest antipoverty social program in the world on peoples’ lives: the Brazilian Bolsa Família Program. Created by the government of former Brazilian president Luiz Inácio Lula da Silva, this program of civic inclusion has been the largest conditional cash transfer program in the world during that time period, serving more than 50 million Brazilians who had a monthly per capita income of less than USD 50. The program is regarded as one of the key factors behind the significant poverty reduction in Brazil experienced during the first decade of the 21st century.

Alessandro Pinzani is Professor at the Federal University of Santa Catarina in Brazil (since 2004). This semester, he is a Guest Professor at the Centre of Global Studies in Prague. He earned his Ph.D. at the Universität Tübingen in Germany. He was Visiting Scholar at Columbia University in New York, at the Humboldt-Universität in Berlin, at the PUC-RS in Porto Alegre in Brazil, and at the Ruhr-University of Bochum, for example. He focuses on autonomy of individuals, poverty and social programs in Brazil and Latin America.

Seminar will be held in English. No registration is needed. 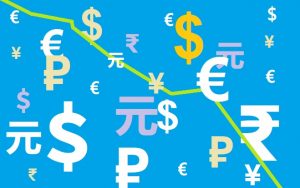 Centre of Global Studies, Institute of Philosophy at the Czech Academy of Sciences invites you to the workshop introducing the principal thoughts of two new books:

Presentations will be followed by a discussion.

Centre of Global Studies, Institute of Philosophy at the Czech Academy of Sciences and Department of Adult Education and Personnel Management of the Faculty of Arts, Charles University in Prague invite you to the presentation of two new books and one Czech translation:

Books will be presented by Martin Kopecký, Marek Hrubec and Vlastimil Hála.

The book provides a range of perspectives on the study of democracy under stress. The authors, renown scholars of democratic theory and democracy in the Central and Eastern Europe, highlight the potential of different approaches – from comparative meta-assessment using indices and survey data, to case studies focused on understanding context and causal processes – for a better grasp of the loci of the stress. 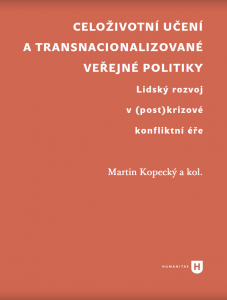 Interdisciplinary book addresses all readers interested in the position and transformation of education, especially education of adults, during the last phase of the globalization process, which is distinctive for encounter with different types of crises. The book is an outcome of the research activity Moral Responsibility: Human Development and Public Conflicts. 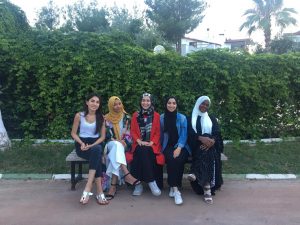 The conference will focus on the complexity of Muslim feminist approaches to Islam, on discourses about gender equality in the Qur´an and on various expressions of Muslim women fighting for emancipation from patriarchy to show that Muslim women have both the power and agency to change patriarchal settings in their societies and organizations.

Please register at mekhrangez.rakhmonov@std.antalya.edu.tr by 21 November 2018. The Institute of Contemporary History Czech Academy of Sciences,USC Shoah Foundation and the Jewish Museum in Prague cordially invite you to a special event to commemorate the 80th anniversary of the Kindertransports. This multimedia event will combine talks from experts in the field as well as well as clips of testimonies from the USC Shoah Foundation Visual History Archive, ncluding the testimony of Alfred Bader.

The speeches will be in English with simultaneous translation. Free entry.